Samsung Galaxy S5 to Include Home Key with Finger Scanner

The Samsung Galaxy S5 was launched at MWC 2014, with Samsung's Unpacked 5 conference packed with journalists looking to see what the latest Galaxy device holds on Feb.25. This flagship smartphone improved its camera, screen, Power Saving Mode (+Ultra Power Saving Mode), Download Booster and etc. Galaxy S5 will be globally at launch on Apr. 11. 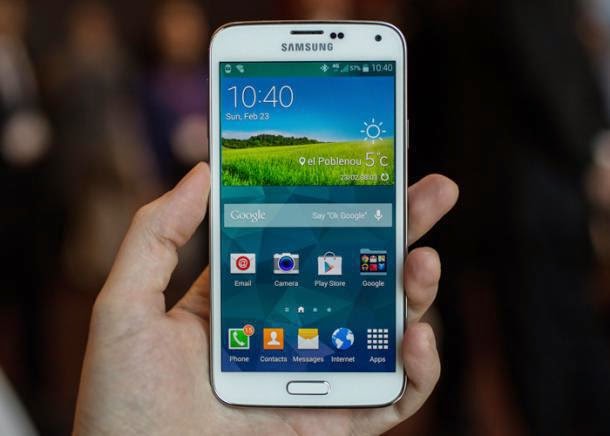 Super Amoled Screen
The Galaxy S5 has a 5.1inch, 1920 x 1080 pixel Super Amoled screen. However, it has the same resolution although it grown from 5 inches on the Galaxy S4 to 5.1 inches on the S5.
The screen of the device adopts Adaptive Technology for the first time that not only automatically adjusts your screen parameter in RGB ambient light but also makes the screen look great.

Home Key with Finger Scanner
Samsung Galaxy S5 became the third mobile phone of this year which integrated with the finger scanner. It joints sensor and Home key.

Focus on new features
In the conference, Samsung did not mention the parameters of the Galaxy S5 hardware, but only admitted the 2.5GHz Quad core application processor as well as the screen and camera.
The device also has 2GB RAM memory and supports WiFi, Bluetooth 4.0 BLE / ANT+, NFC, USB 3.0 and IR Remote.

Leading role: functional
Samsung Galaxy S5 emphasizes on functional and practical. It adopts Ultra Power Saving Mode, with the battery of 2800 mAh. Even when your mobile phone is running down, only 10% power, on battery, it still can hold to 24 hours.
In addition, Download Booster, S Health 3.0, Quick Connect, Private Mode and Kids Mode appear in the Samsung Galaxy S5.