Recently Samsung has published two ads to state why users should choose Galaxy Note 4 Tablet by showing us facts and reasons.
Suppose you believe that Galaxy Note 4 is superior to iPhone 6 Plus, so how will you express your own ideas to us? Will you deliver it in a mocking way like what Samsung used to do to iSheeps( who are fascinated with iOS products), or in a mild way?
Samsung chose the latter in its new ads. In one ad which lacks distinction and even did not joke about iPhone 6 Plus, it mentions the screen of Galaxy Note 4 isn't just a display, but the access to prolific world. And in another ad, Samsung declares that the S Pen of Galaxy Note 4 is not just a pen, it is like a lightsaber, a pair of scissors, and even a glue stick. 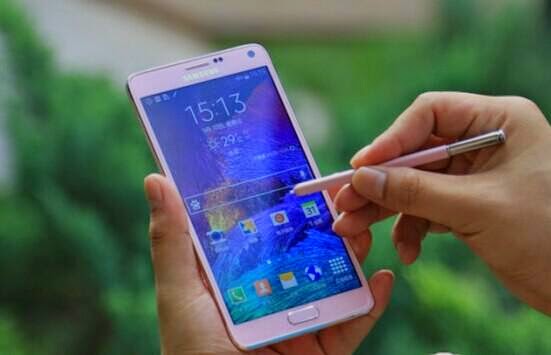 The brand image of Samsung in the USA is affected differently owing to its different ad styles. Some of the Samsung ads are really remarkable while the others are so ordinary. And there is no doubt that these two latest ads are the latter. Therefore, in the future, it is possible that Samsung might release ads which will be more persuasive so as to show the advantages of its new products.
发帖者 Unknown 时间： 2:42 AM