Recently, there's a scandal widely spread among social networking or some media news that Hollywood celebrity nude pictures get hacked and leaked out from Apple iCloud. After that, Apple Inc. has looked into it and the FBI is also investigating.
What's the Scandal about?
Ever since Aug. 31st, many nude pictures of Hollywood celebrity have sprung up across the Internet. Celebrity that involved in this scandal are too numerous to count, to name a few, Jennifer Lawrence, the Oscar-winning actress, Kate Upton, the model and Kirsten Dunst, the famous chief actress in Spider Man. It is said that these photos are first published on 4chan Forum. The publisher claimed that the hacker gets the pictures by hacking in the iCloud account. Apple Inc. has paid much attention on it and will check what's wrong by themselves and the FBI is also invited to investigated it.
Apple Inc. spokesman, Natalie Kerris claimed, "We take Apple users' privacy seriously and are investigating it." The Los Angeles Times reported that the scandal of Hollywood celebrity nude pictures aroused resentment and some people claims that they will take legal actions to punish the unscrupulous people. Some netizens assume that it is Brayon Hamade, the expert programmer who graduated from The University of Georgia, that is the one who hacked and leaked out the naked photos. He has once tried to exchange Jenifer Lawrence's naked photos for Bitcoin and sell the pictures for $100/pcs on the social network. But Brayon denied that he is the hacker who stole and leaked out the nude pictures. Once the hacker is found, he will be sent to the prison. In 2012, Christopher Cheney, the man who hacked into Scarlett Johansson's email, stole her nudes and leaked them out. As a punishment, he was sentenced to 10 years in prison. 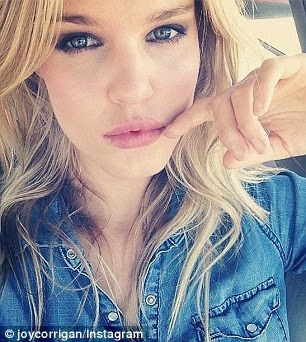 Are the Nudes Real?
Mary Winstead, the actress, claimed that she took those pictures few years ago with her husband in their apartment and was deleted for long.
Victoria Justice, also the actress, responded on her Twitter that the girl in the pictures is not her.
Ariana Grande, the singer, also denied that the pictures are hers.
Kate Upton, the model, admitted that the photos are of her. However, she also claimed that this move has already violated the privacy of the customers already.
Jennifer Lawrence, the actress, admitted that the photos are of her and also she said "My iCloud always prompt me to do backup, but I don't know what to do, so I make it automatically." However, data backed up with iCloud can be recovered with the help of some certain software.
How these Nudes Get Hacked?
Darian Kindlund, the expert in FireEye, Inc. said that it is possible that there's a bug on one of iPhone' s function, Find My iPhone. And the hacker took advantage of that and got the iCloud account and password. Few hours after this happen, Apple Inc. restore the bug in no time.
Some tech website reported that it is possibly related to the software called iBrute on GitHub. iBrute was developed by Russian Information Security researcher. And the iCloud account can be hacked in some certain situation.
Note: If you are still worrying that your iCloud account will be invaded, you can set it by entering setting > iCloud and close the Photo Sync function. In this way, the photos will only be backed up on your smart phone or your computer but not on iCloud.