How to Deal with iMessage Failures on iOS 7 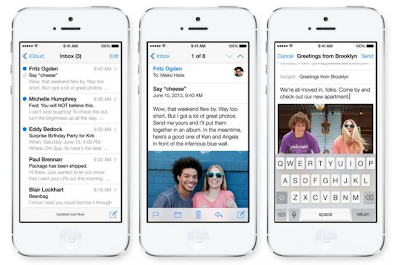 iOS 7 publicly released a month ago and brought iOS devices users great wonders as well as surprises. While, many iOS 7 users recently report the problem that iMessage on their devices fails to work, like going unsent or not received from other iOS devices. Maybe you are one of these guys encountering this trouble as well.
Apple Company has realized the iMessage bug. They told the Wall Street Journal that a new updated version---iOS 7.0.3 is coming up soon to fix the bug, but the public revealing day is not confirmed. Some speculate it will be released next week. Whatever, before the new update version, let's find some way to help you out of the iMessage failure and make your device work well as before. The tips below may be helpful.

1. Go to your "Settings" < "iMessage", and turn off iMessage then.
2. Turn to "Settings" < "General" < "Reset", and tap on "Reset Network Settings".
3. Go back to "Settings" < "iMessage" and restart iMessage.
You can also try to restart your iDevice to see if it works. Or try turning off Wi-Fi and turn it on later. If they all don't help, then, keep calm. Turn off your iMessage and restart it after upgrading to iOS 7.0.3. The problem is just temporary and it will be tackled pretty soon.

Check here to read more about info about iOS and Android.